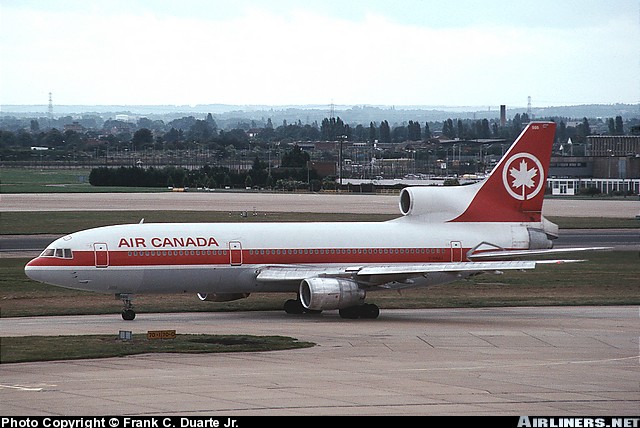 As aircraft maintainers the most valuable tool that we posses is not located in our toolbox. It is however a resource that we continue to covet and collect through out our careers. That intangible commodity is commonly known as experience.

When I started my employment with Air Canada in January of 1979, it was a dream come true. I had just finished writing my Transport Canada license in October of 1978 and everything was really coming together. My previous experience, working with Nordair and DeHavilland Canada, gave me the confidence to tackle my new post wielding wrenches for the nations airline and I was keen to learn the ropes.

After a few weeks being closely watched and tested on day shift, I was deemed a sufficiently worthy candidate and was subsequently assigned a 6-3-rotation shift on Crew 21. As the shifts rolled by I worked hard, always learning and listening, patiently guided by the senior mechanics on my crew. By enlarge they were all very generous, constantly sharing their wisdom and experience.

One particular midnight shift, I was assigned to work with Gert. He was an excellent mechanic trained in Germany having worked for Lufthansa and American Airlines before coming to Air Canada. On this particular night he shared a pearl of wisdom that I will never forget. After making a judgment call on the condition of a tire he turned to me and said in a slight German accent; “Sammy, zee difference between a good mechanic und a bad mechanic iz…..a good mechanic knows vat he can get away wiz”

To explore this gem of a statement further, how does that “good” mechanic know what he can get away with? The answer is elementary; he has accumulated the necessary experience to consistently make the correct judgment call. Despite a highly regulated industry with many clear-cut rules, regulations and procedures set out ever so carefully in MEL’s (minimum equipment lists), Maintenance Manuals and Transport Canada publications, there will always be those pesky gray areas. Consequently, someone will have to make a decision. Should it fly or not? We all have our own stories of playing this game. One that comes to mind for me, happened much later in my career with Air Canada.

It was the start of the evening shift and I had moved on to working in Wide Body Check Crew. The Foreman assigned me to change a Fuel Control Unit (FCU) on the port engine of a L1011. He also informed me that the aircraft was required to be serviceable and on the gate before the end of our shift.

Due to the urgency of the situation I got to work right away opening the cowlings of the Rolls Royce RB211 engine. I also checked the box left by stores. The new FCU was the correct part but I immediately noticed the lack of a seal kit. I had done enough FCU changes to know that new seals were required, so I quickly informed the Foreman of the omission and carried on with the job. The HP pump, FCU and attached plumbing are all secured with a plethora of 5/16 MS bolts, using finely machined surfaces and rubber o-rings for transferring and sealing the high-pressure fuel within.

Now up to my elbows in fuel pipes and parts the Forman reappears to let me know that the seal kit is not coming and suggests that I simply re-use the old seals and get on with the job. The clock is ticking and now the fun begins.

Working in a Union Environment  always has its pros and cons, but the collective agreement is clear. You cannot refuse to do a job when requested by a foreman. I was not happy with his request to use the old seals and gave him my opinion as such. I also added that although I would carry out the job, I would refuse to sign for the work. He was clearly OK with that compromise and the job continued. Before installing the new FCU I very carefully inspected all the old o-rings and found them all to be nick free, pliable and in “as new” condition. Once the component change was complete the big Tri Star was towed and chocked at the blast fence for a leak check and FCU tuning run. All was well and afterwards it made the gate just before the end of  our shift.

So now the question remains. Was the use of those o-rings ethical? Legal? Perhaps the most important question, was I comfortable in knowing that the job was beyond reproach and the aircraft safe? The answer is yes and yes. There was no doubt in my mind that the job was carried out to the highest standard. Refusing to sign the job cards was my way of protesting the compromising position in which I had been placed. It was also the only time this type of situation ever occurred with me at Air Canada. To this day I do not know who signed for my work.